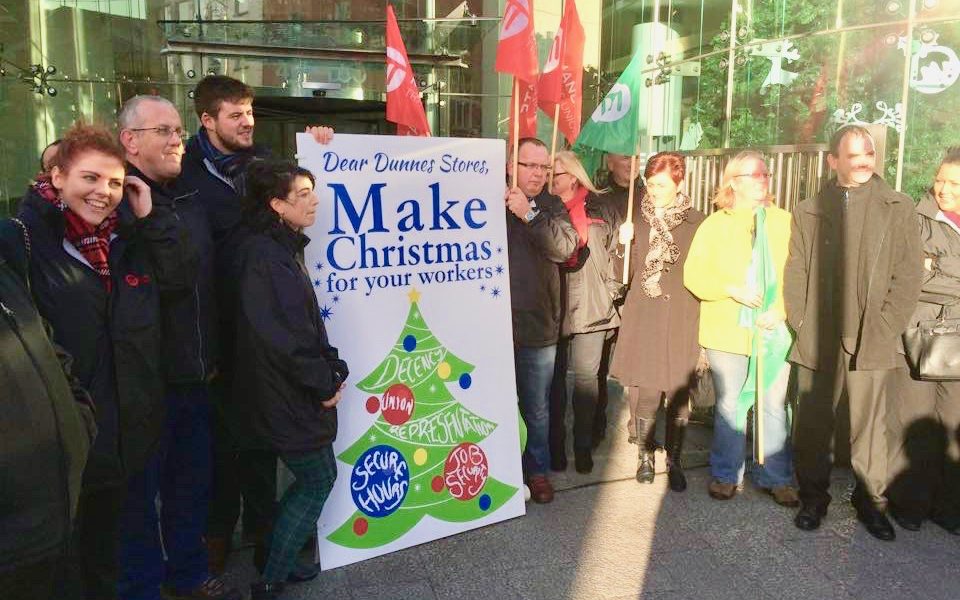 Senior management at Dunnes Stores, Ireland’s leading retailer, are refusing to pay up to 10,000 workers an annual cost of living pay increase, despite awarding store managers a pay hike earlier this year.

Mandate Trade Union members in Dunnes Stores are calling on the company to pay a 3 percent annual cost of living increase before Christmas.

“As the nation’s most successful retailer who depend on the hard work and dedication of loyal staff throughout the year to serve customers, our members are calling on Dunnes Stores to share the benefits of this success and to award the 3% cost of living increase before Christmas.

Mr Light said: “Disappointingly the Company has continued to refuse to respond or engage at any level with thousands of Mandate members employed in Dunnes Store on a number of important claims which are now awaiting a formal hearing before the Labour Court.

Mandate lodged a claim in April 2018 on behalf of its members in Dunnes Stores seeking an annual cost of living pay increase of 3 percent. Also included in the claim was a demand for more secure working hours, more full time jobs, and equality in the Company’s pay scales.

“Our members in Dunnes Stores have had to contend with increases in rent and house prices, along with other increases to the cost of living. Christmas is going to be very tight for many of them and their families if their employer doesn’t pay workers a deserved pay increase this year.”

Mr Light concluded by saying, “The company can alleviate many of the pressures on their workers this Christmas by simply agreeing to this annual pay increase. After all, it is Dunnes workers who make the company the success it is today with more than 22 percent of the grocery market.”