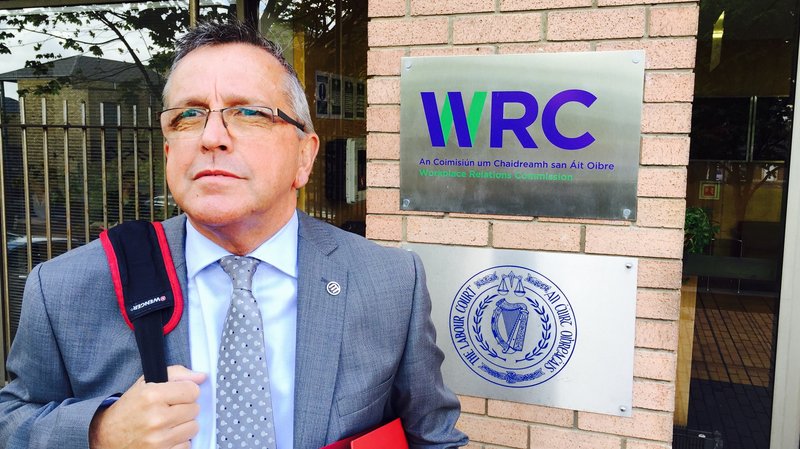 Talks at WRC to end Debenhams dispute end without resolution. An Taoiseach must act now!

Following an invitation by the Workplace Relations Commission (WRC) representatives of Mandate Trade Union and the Debenhams Liquidators (KPMG) met on Friday 30 October 2020 to participate in an ad hoc process aimed at exploring ways which might assist the parties find a mutually acceptable resolution to the Debenhams industrial dispute. Despite best efforts to find a solution to the impasse the WRC talks broke down without agreement.

In a letter issued today to An Taoiseach Gerry Light, Mandate General Secretary pointed out the following:

“Union representatives present gave a clear indication they were prepared to move towards a negotiated settlement as long as a commensurate reciprocal approach was forthcoming from the other side. Regrettably instead of making an effort to bridge the gap between the parties the Liquidator was only prepared to propose a sum of money which was considerably less than that offered two months ago. I think it is fair and reasonable to suggest that such an approach is less than helpful in establishing circumstances whereby a mutually agreed settlement might be reached.”

This second letter follows an initial letter dated 22 October 2020 from Mandate to An Taoiseach calling for “definitive action” to end this long running dispute which to date remains unanswered. Commenting following the WRC hearing Mr Light said, “What’s even more concerning we learned at Friday’s engagement at the WRC there is now a high probability that the current asset value of the liquidated Debenhams (DRIL) business might be depleted by the end of this year. This would largely come about through the increasing and additional expenses/costs that the Liquidators will have to meet. If this reality does transpire it means not only will the ex- Debenhams workers lose out but the State will potentially forego many millions of euros that fall due as a preferential creditor. Surely knowing this the current Government cannot sit idly by and allow such a double travesty occur. Exceptional circumstances requires exceptional solutions and creative leadership, therefore, we need An Taoiseach to cease the soundbites and end the platitudes. These workers demand and deserve urgent action”

In the letter to An Taoiseach, Mr Light said:

“Clearly the window of opportunity for proactive intervention is limited and the best way to ensure that the current value of the assets are protected is for the Government to immediately use its influence and power to facilitate the conclusion of the ongoing industrial action. Anything less will send out a clear message that you are willing to allow the remaining assets of the business be distributed to a range of other private parties and interests ahead of the State and those who need and deserve them most, the workers.”

Calling for exceptional measures to be taken in exceptional times, the letter from Mr Light further states:

“It is an indisputable fact that the Covid-19 pandemic has generated many unprecedented challenges resulting in the introduction of a range of exceptional remedial actions by the State. Some of these are temporary such as the suspension of a worker’s right to claim redundancy following a period of lay off and the introduction of both the Pandemic Unemployment Payment and the Employment Wage Subsidy Scheme. What happened to the 1,000 workers in Debenhams (DRIL) was as a direct consequence of Covid-19 and therefore the current dilemma they find themselves in and any potential alleviation of same can only be achieved through equally creative and exceptional measures.”

Mr Light concluded, “These brave ex-Debenhams workers have shown true and inspirational leadership in exceptional times. It’s now well past time for An Taoiseach and the Irish Government to demonstrate similar leadership and put workers first for a change. Mandate stands ready to play our part in reaching a satisfactory resolution to this unfortunate but avoidable dispute. Time is running out so the State must act immediately before the assets end up disappearing altogether.”