Mandate Trade Union has today (Friday, 24th August) issued strike notice to management at Lloyds Pharmacy for nine days of industrial action in September, October and November as the workers prepare to escalate their campaign from one day strikes to consective day strikes.

“It is regretful that Lloyds management have totally ignored the genuine offers to meet over the last eight weeks. Lloyds’ continued refusal to engage in any effort to resolve this dispute is causing unneccessary inconvenience, distress and hardship to your customers and patients, something which we have sought to avoid from the outset.”

He added, “Unfortunately given the company’s attitude we are left with no option but to escalate the dispute and no doubt this will cause even greater stress and anxiety to customers and patients.”

The future strike dates include:

Mr Douglas explained in his letter that, “Mandate feel morally bound to communicate directly with Lloyds customers and patients so that they fully understand the facts and to give them adequate advance notice of the escalating nature of the dispute so they have plenty of time to make alternative patient care arrangements.”

He concluded: “Once again, Mandate Trade Union are fully prepared to meet with Lloyds management and/or your representatives on a without prejudice basis in a genuine effort to resolve the issues in dispute and avoid causing further stress and anxiety to customers and patients. If you wish to pursue discussion, either you or your representatives can contact the undersigned.”

The notice has been issued ahead of the workers’ ninth day of strike scheduled to take place in almost 40 stores tomorrow (Saturday, 25th August), as workers continue their campaign against low pay and zero hour contracts.

Mandate Trade Union has apologised for any inconvenience caused to the public but say the company has left their workers with no choice but to strike after management refused to accept a Labour Court recommendation instructing them to negotiate with their workers’ representatives.

The strike relates to a claim by Mandate Trade Union on behalf of its 270 members employed by LloydsPharmacy which includes:

Lloyds Pharmacy management claim that a company funded and initiated internal body called the ‘CRC’ negotiated on behalf of staff, but Mandate Trade Union members in the company rejected their proposals by 96 percent.

The company has also confirmed that it deliberately distorted two internal CRC/company ballots by allowing senior management and head office staff to vote on the terms and conditions of employment for their pharmacy staff. Mandate also has concerns about the anonymity of the ballot following revelations staff had to input their name and staff number in order to participate in the ballot.

How you can help

Members of the public have been in contact asking how they can support the Lloyds Pharmacy workers. Mandate Trade Union has now authorised a fundraising page where supporters can contribute to the strike fund and help the workers to win this dispute. We would like to thank the public for their support to date, which has been tremendous. With your backing and your ongoing support, we will win this dispute. 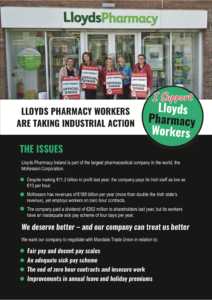 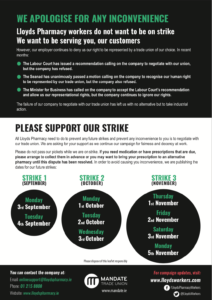 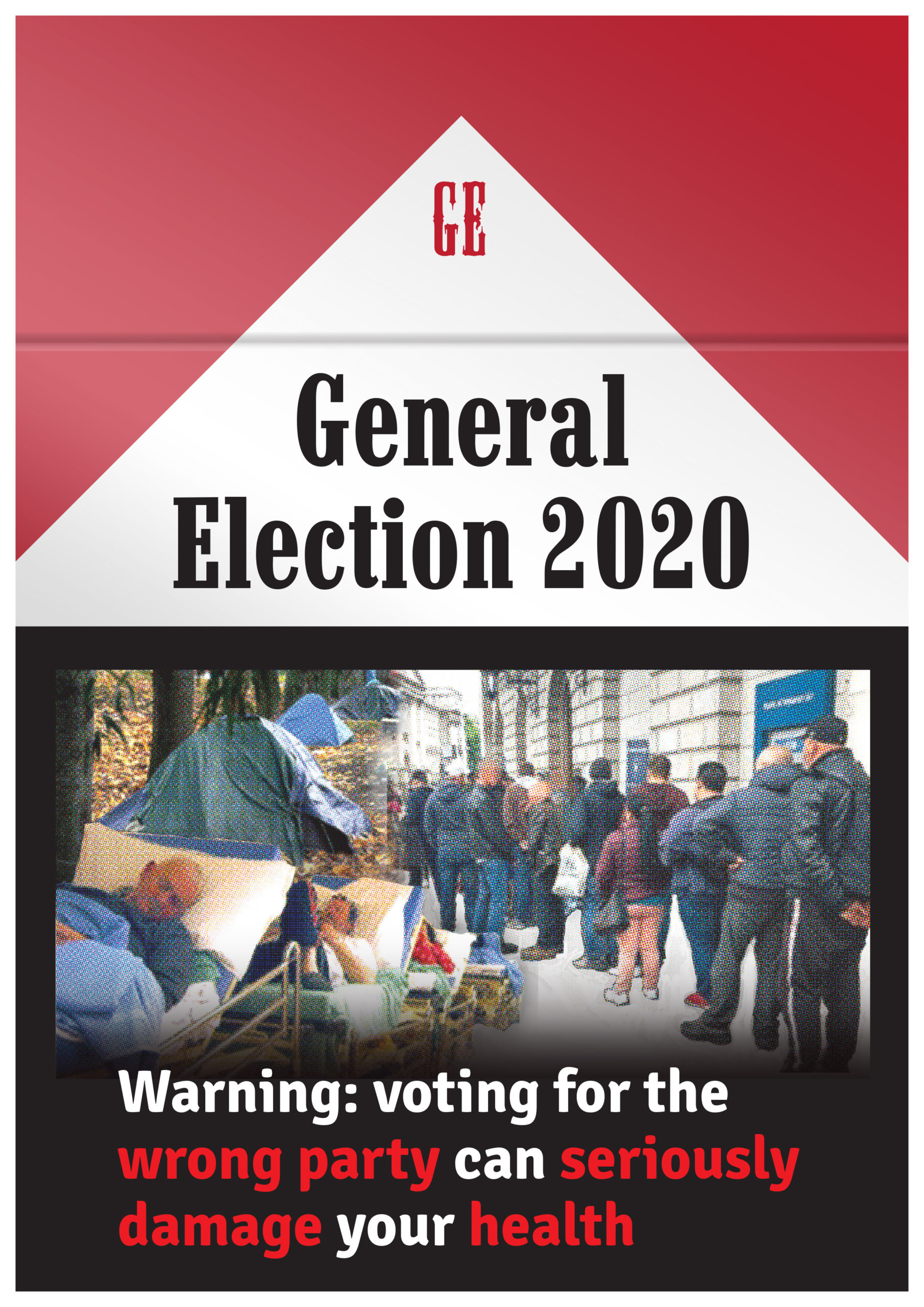