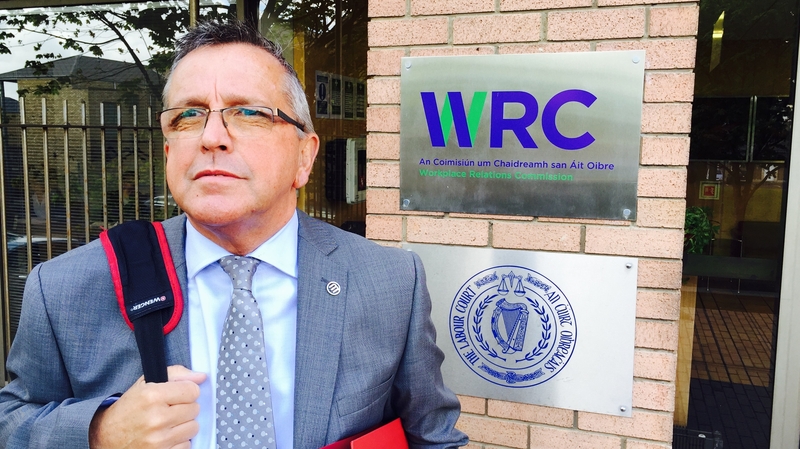 Mandate has written to the Tánaiste, Leo Varadkar, in relation to the proposal for a directive of the European Parliament and of the Council on adequate minimum wages in the European Union. Below is the full letter:

I wish to formally respond in respect of the above mentioned matter.

As you are no doubt aware Mandate Trade Union represents many thousands of workers who are employed in sectors generally associated with low pay and precarious work practices. Based on this reality we believe that our views with regard to the current consultative process should be treated with due regard and respect as they are rooted in the real life experiences of workers who face challenges that directly arise from living on wages which are either on or marginally above the statutory minimum wage.

On a personal level I believe I can also bring to the consultative process the acquired invaluable experience gleaned from being a worker representative for the past five years on the Low Pay Commission.

There can be little doubt that the persistence of low pay and the associated work place poverty are rooted in two main realities. First, the reluctance of the State to ensure the provision of an adequate statutory living wage and second, the denial of meaningful statutory rights which would allow the impacted workers bring the power of their collective voice to bear on matters which directly impact them and their dependents. It is clear that these core issues have been identified in the instant proposal document from the EU so it is vitally important that the Irish government supports these laudable objectives in the strongest manner possible.

In this specific regard it must be said that the response thus far of the Government and you in particular as the relevant Minister is totally unacceptable and can only be seen as an abdication of moral and political responsibility towards some of the most vulnerable workers in our society. At this time the approach being adopted is particularly reprehensible given that many of the workers in question over the course of the Covid-19 pandemic have placed not only their health and safety but indeed potentially their lives at risk by turning up for work on a daily basis to ensure the provision of essential services which without doubt have brought a welcome degree of stability to our society. On many occasions they have been lauded by yourself and many of your Government colleagues yet when you are offered an opportunity to move beyond these words and show genuine tangible support you fundamentally fail to grasp it. One would hope that your position is not overly influenced or determined by employers and their representative groups as, contrary to the experience of many low paid workers, they have been adequately supported throughout the Covid experience.

By joining your voice to other EU countries who are requesting that the proposal be advanced as a recommendation rather than a legally enforceable directive you know fully well that such an approach will provide no more than lip service to low paid vulnerable workers, in fact it could be argued that expectations are being falsely and unfairly created in the minds of these workers in that something beneficial will ultimately emerge when in reality they have not been afforded any legal powers to make this happen.

Based on the forgoing I would ask you to reflect on the current stance being adopted by you and the Government and urge you to request that the measures envisaged in the proposal be introduced by way of a directive rather than a recommendation. Specifically in this regard I wish to advise that as an affiliate Mandate Trade Union fully supports the contents of the submission made by the Irish Congress of Trade Unions, a copy of which I understand you have received.

Truly in the history of our State there has never been a more appropriate time to do the right thing by the workers who not only need but deserve your support the most, I urge that you avail of the opportunity.