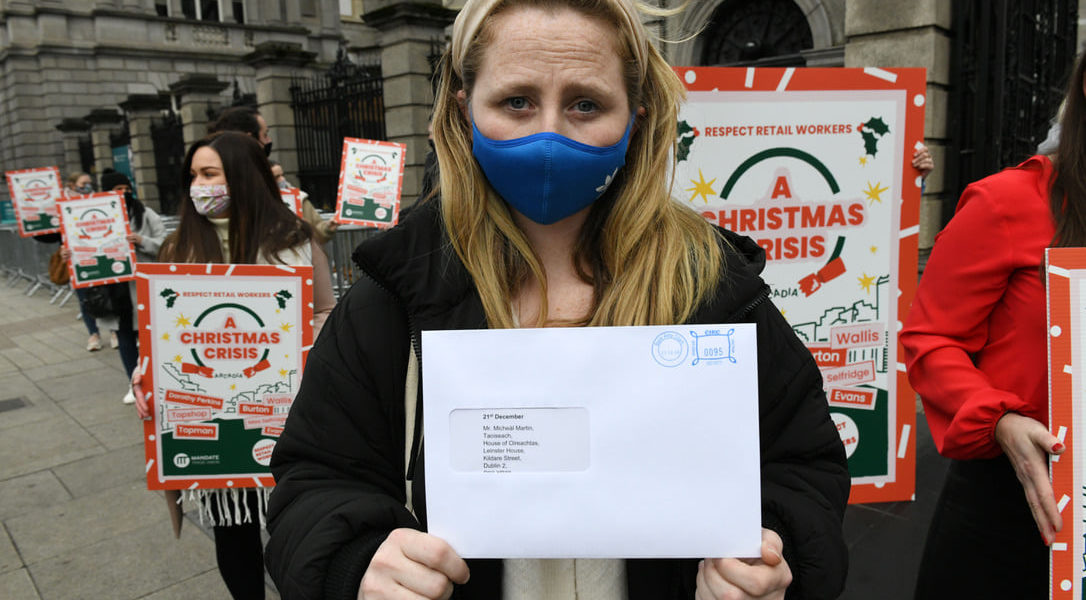 Deloitte, the liquidator of Arcadia (Topshop, Topman, Burton, Miss Selfridge, Dorothy Perkins, Burton, Outfit, Wallis and Evans), yesterday informed almost 500 workers that they have lost their jobs. Approximately 100 of the workers are not entitled to any statutory redundancy payment because they haven’t been employed for more than two years.

“We have been warning the government about these issues for more than six years now and we’re still waiting on action.”

He explained: “Approximately 400 workers out of the 500 will be entitled to statutory redundancy of two weeks pay per year of service. However, their agreement with their employer is for more than double that.

He added, “Now, because of the inaction of government, those workers will not have access to an adequate cushion having lost their jobs. This will put many of their homes at risk and will create great hardship for them over the coming years.”

Mr Hogan said thousands of workers had now lost their jobs in the retail sector over the last year while the government has sat on its hands.

“We’re not sure whether they just want to ride the storm and do nothing for low paid workers who find themselves in these very difficult situations, but they’ve certainly done nothing to help. Their own Duffy/Cahill report has been on a shelf since March 2016, almost 5 years now, and had that been implemented, these workers would be facing a completely different scenario.

He concluded: “What we do know is that if it were banks or builders, we wouldn’t be waiting so long on legislation.”

Mr Hogan called on all TDs to ensure that legislation is implemented immediately to ensure this doesn’t happen again.