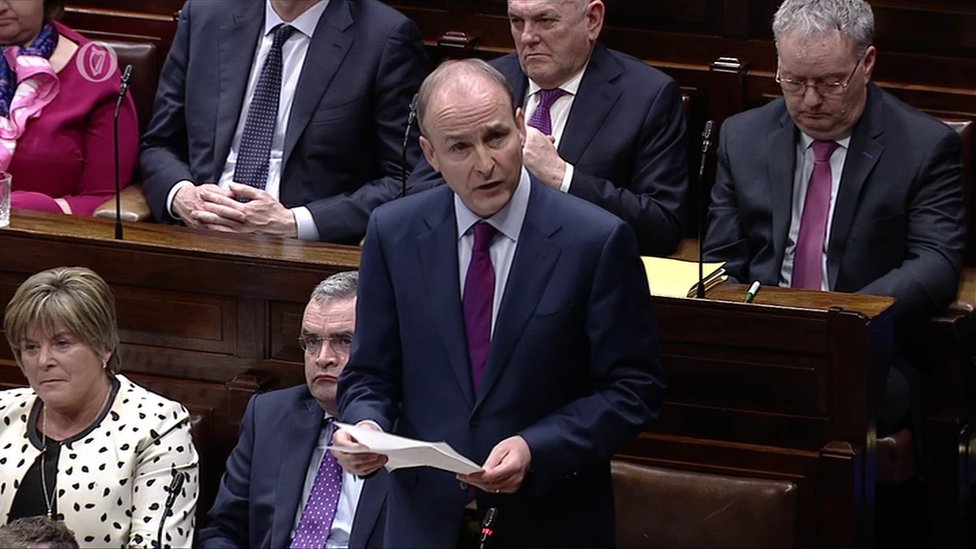 Mandate Trade Union has written to the Taoiseach, Micheál Martin, informing him of the rejection of the proposal document brokered by Kevin Foley by a majority of 91 percent of ex-Debenhams workers.

The Union believes if the Government were to make the €3m fund established for training/education available as a direct cash payment and commit to new legislation which would protect workers in liquidations that this could help end the 10 month long dispute.

In his letter to the Taoiseach, Gerry Light, Mandate General Secretary said:

“It is not the blind desire of our members to remain on picket lines during a national health emergency in the middle of winter but they are absolutely determined to do so until they achieve what they believe to be just and fair settlement to their dispute.”

Mr Light explained why the workers voted emphatically to reject the proposals:

“First, they [ex-Debenhams workers] believe once the Government conceded the principal of making €3m available for a training/education support fund at the very least this money could have been offered as a direct cash payment. There remains a very strong possibility that if a decision was to be made in the future to make the payment in this way then the dispute could be brought to an end.

He added, “Second, the high level of rejection was also driven by utter despair and rejection of the Government’s failure to meaningfully start the process which would allow for the introduction of new legislation that would afford greater protection to workers in the future who are unfortunate enough to find themselves in the same predicament as the ex Debenhams Irish workforce.

“If a more solid commitment was to be given by Government in this area coupled with the conversion of the €3m fund into a cash payment this would increase even more the likelihood of the current long running dispute being brought to an end,” said Mr Light.

Mr Light added: “It is the genuine belief of our members these demands are both reasonable and fair and most importantly they lie within the gift of the Government to concede once there exists a political will to do so.”

Mr Light concluded by explaining how the Irish government set a precedent by making a cash fund of a similar nature available to workers in the past:

“A case in point is how the Government of the day in similar circumstances facilitated, through the involvement of an external mediator, an ex-gratia payment to workers in the IBRC at the time of its liquidation.”