Mandate Trade Union has called for “definitive action” from the Taoiseach and the Irish Government to end the protracted Debenhams dispute which has seen workers on picket lines for 200 days today (Monday, 26th October).

In a letter to the Taoiseach, Gerry Light, Mandate General Secretary said the ex-Debenhams workers deserve the support of the State in resolving the dispute:

“Surely after two-hundred days our striking Debenhams members deserve and need to see some definitive action by Government aimed at bringing their current plight to an end.  Therefore, we are now calling on you to immediately proactively intervene and use the significant influence and power of your office to help build the circumstances that will facilitate a speedy resolution to the current dispute.”

Mr Light said: “Our members have picketed through some unimaginable weather, with many pickets operating 24/7 for more than half a year. They are mostly women and many have decades of service working with the company. Some are grandparents. Some have been arrested, or intimidated by Gardai. And some have been physically threatened on the picket lines. This has gone on for far too long and it’s time the Taoiseach proved that his words are more than empty rhetoric.”

In the letter to An Taoiseach, Mr Light said:

“On numerous occasions you have gone on the record both publicly and indeed privately with some of our members in dispute stating that you believe the ex-Debenhams employees were treated shabbily by their employer and that a process should be found to explore a satisfactory resolution to the current dispute.”

Commenting on the 200th day of action, Mr Light said now is the time for An Taoiseach to intervene.

“The government has been in place now for several months yet we’ve seen very little action. They know how to resolve this dispute. Implement the Duffy/Cahill report recommendations and ensure that the ex-Debenhams workers are included in the legislation.”

He added, “The argument that the government cannot rush legislation holds no currency anymore. They are well able to rush through legislation to seal records from the Mother and Baby Homes, but they argue that they haven’t had enough time to resolve this issue – an issue that we have been campaigning on since 2014 when the Paris Bakery dispute happened, and subsequently when Clerys entered liquidation. It’s clear these workers and others who are still losing their jobs and their livelihoods are not a priority for this Government.”

Mr Light commended the workers for their resilience and their bravery.

“It is a difficult thing to go on strike for one day. But to continue for 200 days is incredible and really emphasises how passionate these workers are about achieving a just settlement. They are fighting for their own rights, but also to ensure nobody else has to endure anything like this again.

“Mandate Trade Union is giving all of the Debenhams workers and the Government this commitment going forward. We will ensure that every single member of our union will be educated on the Government’s next actions, or inaction, as the case may be.

“We are asking all TDs to sign the Debenhams pledge to change the law and resolve this dispute. So far we have TDs from all parties bar Fine Gael and the Green Party who have signed the pledge and we will be making that list known to our members and the members of all other trade unions in Ireland soon.”

“They have shown real leadership over the past seven months. It’s now time for those in leadership positions to match that and resolve this dispute.” 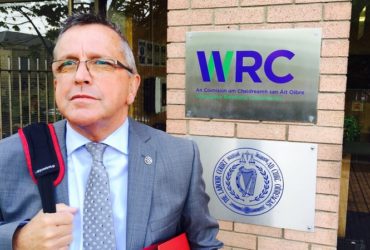 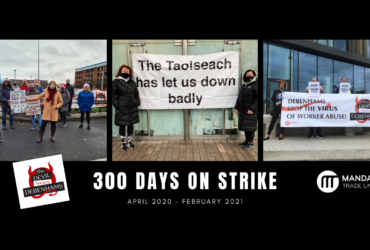 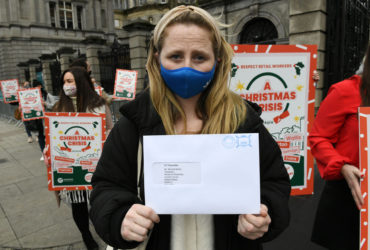