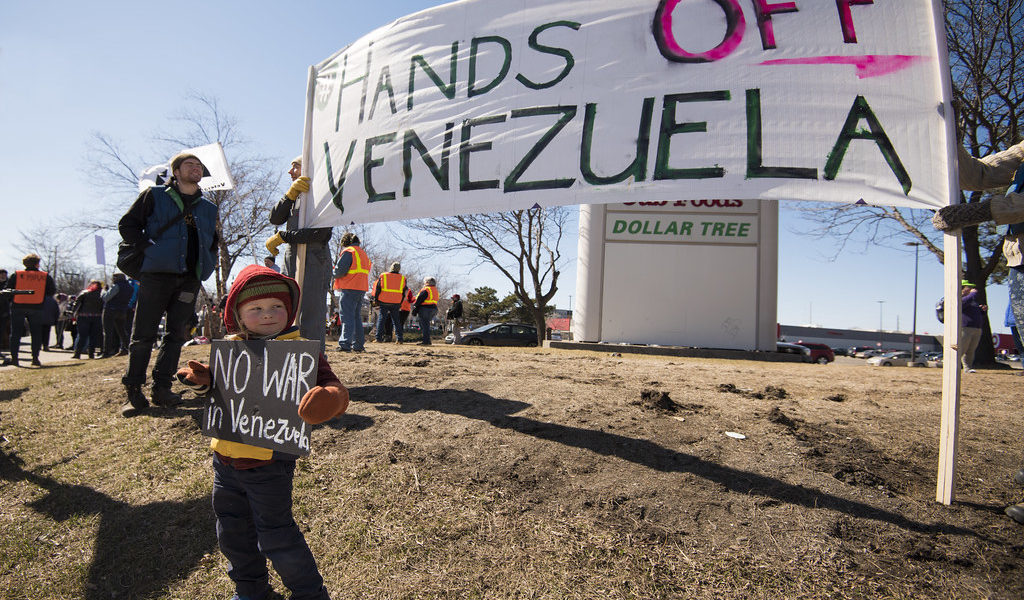 IF YOU want to know the truth, you have to seek it for yourself. I recently had the honour, along with Mick Wallace, of spending a week in Venezuela. Having been subjected, like everyone else, to a western diet of ‘Maduro dictator’, and EU countries, including Ireland, lining up to support the self-proclaimed Juan Guaidó as President, we decided to go and see for ourselves.

We attended an International Peoples’ Assembly in Caracas along with more than 450 representatives from unions and community organisations from across the world. We visited local communes, walked the streets, experienced carnival festivities, witnessed packed streets and busy shops and chatted with people of many political views and opinions.

While we were there we shared in the 30th anniversary of the Caraczo, the original uprising in 1989 following price hikes where hundreds of protestors were massacred by the government.

Hundreds of thousands were on the streets last month to mark those events which initiated the period culminating in Chavez coming to power. There was not a word about this in the Western press. Meanwhile, there was blanket coverage of Guaido’s return to Caracas, an event that precious few in Venezuela paid any attention to. The era of fake news is alive and well!

Exactly six years after Chavez’s death, life is undoubtedly very difficult in Venezuela. Low oil prices combined with the crippling economic sanctions begun by Obama in 2015 and escalated by Trump in 2017 have caused huge problems.

The scarcity of dollars and over-reliance on imports have seen hyperinflation. The value of the Bolivar has plummeted from around 730Bs for the US dollar even three months ago, to 3,300Bs to the US dollar now.

This has decimated the value of wages, with a university professor telling us he earns the equivalent of $6 per month. It is not possible to live on this amount, although electricity, water, public transport and a lot of accommodation is free. You can fill your car with petrol for less than 10 cents.

Also millions of poorer families receive a monthly box of essential provisions and a top-up on their salary. The government has also built 2.5 million social housing units in the last seven years (Leo take note!)

But with low oil production and the failure of the government to diversify and develop indigenous agriculture and industry, the economy has been successfully strangled by US sanctions. It can be difficult to get medicines, queues for limited cash withdrawals or subsidised food are common.

Children told of us teachers leaving the schools as they can get better salaries in nearby Colombia or Brazil.

The problems have been exacerbated by the government’s failure to deal with widespread corruption. Contrary to the Western propaganda that Venezuela is divided 50:50 between Maduro and Guaidó, the reality is much more complicated.

It is believed that support for Chavismo – or the ideas of the movement spearheaded by Chávez – which attempted to use the oil wealth to develop housing, health, and education and to reduce inequality still has the support of about 60% of the population, but of that Maduro is only sure of about 30% of that.

There are many to the left of the government who are critical of the failures to develop the communes. In many areas people are just bypassing the government, growing their own food, redeveloping ancient herbal medicines and looking after themselves. Of the roughly 40% right-wing opposition, Guaidó’s party are the minority. The EU, in pathetically backing him as a self-proclaimed President following the US plan, has very much backed the wrong horse. He has an international creation with no local roots. The population is clear that the Trojan horse of humanitarian aid is nothing more than a cover for an invasion and the overthrow of the government.

We met young men, members of the local people’s militias, who train militarily and had been on the Colombian border when the skirmishes over the misnamed ‘humanitarian aid’ were organized.

These forces number between one and two million. They will not stand by and have openly stated they will be prepared to defend the country if the army does not.

This is a very dangerous situation. Military intervention must be avoided, but equally the sanctions constitute war by another means, strangling the economy, internationally robbing their gold, seeking to get US hands back on Venezuelan oil, and so on.

This must be opposed. You don’t have to be a radical to agree that the Venezuelan people should be left to decide their own future, elect their own leaders and be facilitated in dialogue to tackle the many problems that exist. It’s a bit sickening to hear Western governments – including our own – wax lyrical about the failure of Maduro to call an election while Fianna Fáil continues to prop up Fine Gael and fails to call one here.

They don’t talk about dictators in Saudia Arabia where journalists are cut out and where they don’t have any elections. They happily work with Israel while Israeli forces target civilians in Gaza. They are hypocrites!

The claim that the US is bringing democracy is just a cover for them to get their hands on the biggest oil reserves in the World and teach a lesson to a people that dared to challenge neo-liberalism. They have made no secret about fact that Nicaragua and Cuba will be next.

The US cannot be allowed to trample on international law this way. Get involved in Hands Off Venezuela initiatives. Let the Venezuelan people decide their own future free from interference.

This article was originally published in Mandate’s Shopfloor newspaper

Let’s think BIG when it comes to organising…