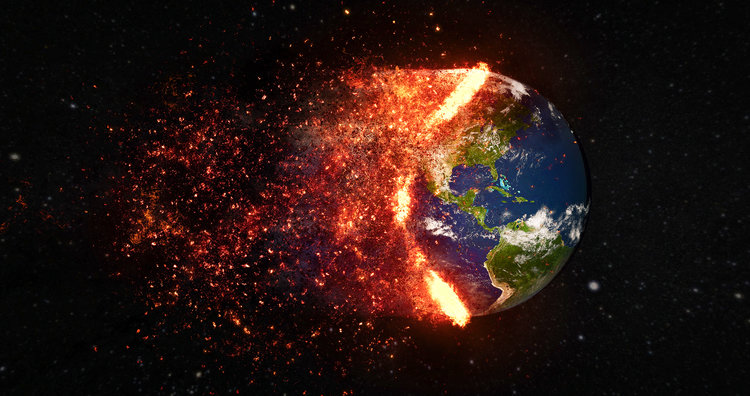 Killing the planet – how we can address climate change

We need to take action – but who will pay the price?

It’s clear Budget 2018 failed miserably to address Ireland’s climate change responsibilities. We look at the progressive measures the Australian Labor Government put in place in its 2011 Clean Energy Act and suggest that this provides a useful template for future action…

“World must triple efforts or face catastrophic climate change,” stated a headline in The Guardian.

“We have 12 years to limit climate change catastrophe,” warned a UN report published on October 8, 2018.

Yet Ireland is failing on its climate charge targets. In fact, we have the honour of being the worst performers in the EU.

The impacts of climate change will be disastrous. In the coming years, we will see an increase in extreme weather conditions, far worse than we experienced in the last 24 months with storms Diana and Emma as well as Hurricane Ophelia, among others, devastating parts of the country.

Hundreds of thousands of people will be displaced as water levels rise and temperatures soar. And the impacts will cost us environmentally, economically and socially, so it’s crucial that we act now before it’s too late.

Shockingly, in Budget 2018 – which was published a few days after the UN report, Special Report on Global Warming of 1.5 °C (SR15), predicted imminent global disaster – there were no measures set out to address the rising crisis. A missed opportunity, in many different ways.

This was an opportunity to address climate change, but also to address some of our other crisis. A properly funded and well-planned policy could help us to tackle income inequality, poverty, create decent jobs and reduce carbon emmissions all at the same time. Here’s how!

In 2012, the Labor Party government in Australia brought in one of the fairest and most progressive taxes on polution in the world, the Clean Energy Act 2011.

This policy contained a [Australian] A$23 per tonne carbon tax levied on approximately 500 of Australia’s largest corporations. The tax aimed to raise about A$8 billion per year from some of the country’s biggest polluters. Those funds would then be allocated towards three strategic areas:

In some industries, no matter how environmentally conscious a company is, they will have to emit some greenhouse gasses. A steel manufacturing company, for instance, has to burn fossil fuels in order to generate the heat necessary to melt metals. Once a firm could show that they had done everything in their power to reduce emmissions to the lowest possible amount, they could avail of compensation from the fund.

It is inevitable that a carbon tax will increase the cost of many goods as companies try to transfer the costs to households. During the first year of the Australian carbon tax, it was estimated that the average increase in the consumer price index would be 0.7% – or A$9 per week. In order to ensure low income and middle income households were protected, the Australian government changed the tax-free threshold at which workers began paying income tax from A$6,000 per year to A$18,200 per year. They also ensured social welfare payments and pension payments were increased appropriately.

The final element of funding was to incentivise innovation and the production of clean, green technology with local manufacturing as a priority. If an individual or a company came up with an idea for harnessing wave, tidal or solar energy, for instance, they could apply for a grant from the fund to kick-start their project. It was hoped that Australia would be a leader in the research and development of technology that could save the planet, and at the same time the jobs that would come with such a project would be based in Australia ensuring their economy was protected and the country remained jobs-rich. To show how serious the government were, they provided A$3 billion per year to this fund.

Did it work? In short, yes.

The Investor Group on Climate Change stated that emissions from companies subject to the tax went down 7% following the introduction of the tax, and the tax was “the major contributor” to this reduction.

Six months after the introduction of carbon pricing the Department of Climate Change and Renewable Energy reported a 9% decrease in emissions from electricity generators.

Nine months after, Australia’s emissions of carbon dioxide due to electricity generation fell to a 10-year low, with coal generation down 6% from 2008 to 2009.

However, the tax was only in existence for two short years because the Liberal Party, a right-wing pro-business party, closely aligned with Fine Gael policies in Ireland, was elected into government in 2014 and they undid most of the good work the carbon tax had achieved.

If this type of carbon tax were to be adopted in Ireland, it would help in slowing down climate change, but it could also help us to tackle poverty, inequality and incentivise new technologies with the potential for new jobs.

Things are never that progressive here, though.

We already have a carbon tax, but it’s a crude policy which has a limited impact costing €20 per tonne of carbon emitted. An extra €10 per tonne, for instance, would increase an average car’s diesel bill by about €36 per year. The problem, though, is that it’s hardly going to dissuade a motorist from making as many journeys, particularly if it’s a journey necessary for work.

If we are serious about tackling climate change, we need to address it’s main cause – capitalism. Market-based solutions, such as the current carbon tax or the Australian one, can slow down the progress of climate change, but it doesn’t do enough to address the problems associated with ravenous consumerism and an obsession with “growth”.

After all, we can’t have infinite growth on a finite planet. And for trade unions and organised workers, we all have to understand that there are no jobs on a dead planet.