Mandate Trade Union has received confirmation from the Revenue Commissioners that the decision to remove Flat Rate Expenses (FRE) for retail workers has been deferred until 2020.

Mandate welcomes the decision, and will continue to campaign, not only for the continuation of the FRE regime, but also for increases of allowances to be applied to retail and bar worker occupations.

Revenue had decided to discontinue the allowance earlier this year for six categories of employees including shop assistants, while still leaving the allowance open to other workers. However, a high profile campaign initiated by Mandate to highlight the unfairness of this attack on low income workers led to Revenue reversing their decision.

“In the interest of fairness to all sectors and employees currently benefitting from the regime, Revenue has decided that the effective date for the implementation of any changes to particular FTE categories will be deferred until 1 January 2020.”

“The decision to reverse the discontinuation of the Flat Rate Expenses for shop assistants is welcome, of course. However, it should never have come to this. Our members in retail, and many other low income workers, rely on this allowance so that they can recover some of the costs of being in employment.”

He added: “Employers get to write off a massive amount of their expenses, so it’s only right that ordinary workers get the same entitlement.”

Mr Douglas emphasised the need for workers to remain vigilent.

“It still appears to be the intention of Revenue to review these expenses, with the possibility that they will be removed permanently in 2020. The only reason they didn’t proceed with these cuts now is because Mandate and ICTU lobbied and campaigned against the cuts. If they decide to remove the allowances next year, all workers must be ready to mobilise within our trade unions and fight back.”

In the meantime, Mandate Trade Union is urging all members to claim their expenses for the past four years. More information below.

What are flat rate expenses?

Approximately 50 years ago trade unions negotiated for workers to be able to write off expenses accrued due to their employment for taxation purposes. This relief is for the purchase and maintenance of uniforms, tools and stationary, for instance. However, the flat rate means all workers in an employment category collect the same amount irrespective of how much expense they accrue.

How does it work?

The tax relief must be claimed by the worker because it is not automatically applied by Revenue. However, after you make your first claim, Revenue should have applied it every year thereafter.

The way it operates is quite simple. The relief allocated to your specific employment reduces your taxable income. For instance, if you are a retail worker and you earn €20,000 per year, your taxable income is reduced by €121 bringing it to €19,879.

What are the allowances?

The allowances vary based on the role you are employed in. A full list of the 53 employment categories with 134 individual flat rate expenses is available by clicking here. However, the industries appropriate to Mandate membership include:

How do I claim my allowance?

Under Revenue rules you are entitled to claim for the previous four years (2014, 2015, 2016 and 2017). The quickest and easiest way to claim Flat Rate Expenses is through PAYEAnytime, which is available online via Revenue’s MyAccount facility. 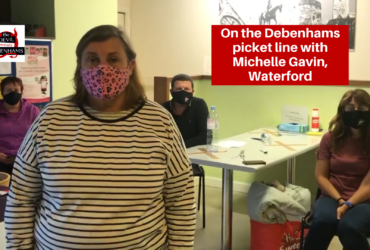 On the Debenhams picket line – with Michelle Gavin 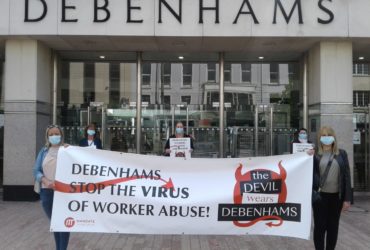